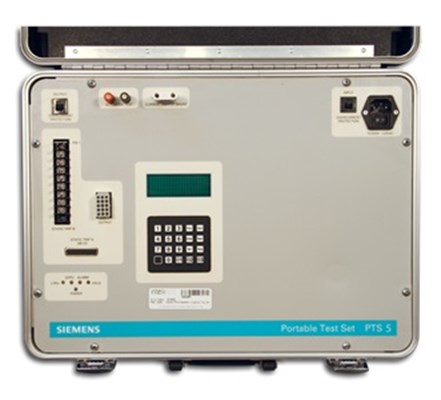 Siemens PTS-5, a Secondary Injection Test Set You Can Count On

Regular testing and maintenance of circuit breakers and relays is necessary when dealing with sophisticated electrical systems.

Read More »Siemens PTS-5, a Secondary Injection Test Set You Can Count On

With the critical role of circuit breakers, it is very important to periodically verify that they are performing as designed and intended. Numerous electrical circuits can potentially be compromised if a circuit breaker fails to trip when fault conditions occur. As with any new product, we expect it to work properly right straight out of the box. The unfortunate truth is that this isn’t always the case.  The same is true about circuit breakers.

If you maintain a power facility that has several kinds of protective relays, wouldn’t it be nice to have a tool that can test most types of relays found in your system? This lets you save storage space and money on additional test equipment. If you are looking for a dependable relay tester, you might want to check out the ISA T-1000.

Regular testing and maintenance of circuit breakers and relays is essential when dealing with sophisticated electrical systems.